‘Imbolic’ from ‘The Wisdom of Fionn’ by Fergus Hogan 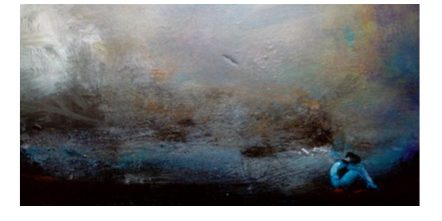 Living in the Rhythm of Nature

Fionn was the son of Uail, the chief of the Fianna of Ireland, one of the greatest and most feared armies on the land of Ireland at the time. His mother was the beautiful Muirne who named her son Fionn, but she did not raise her son herself because she is said to have lived in fear of his safety. The story tells that, a short time before Fionn was born the rogues of the clan-Morna killed his father, Uail, in battle. It was one of the most savage killings ever seen or heard of in Ireland and when Muirne gave birth to a son of Uail’s she gave him into the care of Uail’s sisters, Bovmall and Lia Luachra. She asked that they would raise Fionn in the safety of the forest. Legend says she gave her son over to their care with many more warnings and notices of how they should care for him in her absence. Others say Muirne gave her son into the care of his Aunts not because she loved him and feared for his life but because she had fallen in love with the King of Kerry.

It might be very hard to imagine for most, but Fionn lived with his Aunts in a world and a time before electric lights, or radio, or television. A time long before computer games and the Internet! Fionn’s Aunts raised him well: some would even say they loved him. When he fell they lifted him; when he bruised his leg, they would rub it, for him, with healing herbs from the forest. However, word also went round that the Aunts also treated him hard and cruel sometimes. People said they taught him to swim, by dropping him into the deepest well in the woods and walking away leaving him to find his own way out. They taught him to run: some would say with abuse, by chasing him around an oak tree holding a hazel switch in their hands and when they caught him, he felt the sting of the switch. They taught him speed and agility by making him herd hares in fields with no hedges. But by a young age, Fionn could run as fast as any hare in the fields or the forest and swim as swiftly as the fish in the ponds and rivers.

Growing up with his Aunts in the countryside, Fionn spent most of his time outdoors, living and playing and growing alongside nature. From the youngest of ages, Fionn understood the rhythm of the world, that day followed night, just as winter came before the spring. Fionn understood that each season had its time and reason. Fionn learned to trust that time would heal all pains and that Nature was something that we could all benefit more from the closer we lived our lives, as his Aunt’s always said: “in accordance with God’s will.”

His Aunts had taught Fionn that we are all part of the world: that we share our time on this planet with all living creatures. This natural sharing and living in the world together taught Fionn a respect for himself and others. And a deep belief in taking care of the world so as to be able to pass on God’s gifts to the next generation of children. His Aunts had a saying: “We must respect the world around us because we have only borrowed it from our children.”

Fionn knew that the Earth would always provide all that we need in order to feed ourselves, and to heat our homes, and to keep us safe.

And that all we need to do in life is learn how to share our world with each other.

Fionn grew up with his Aunts never eating meat – they never killed an animal in order to feed themselves. Fionn never thought strange of this as there was always enough food provided by the world. One day though he asked his Aunts why they never ate meat as there were so many rabbits in the fields and fish in the lakes: “Surely we could eat a few?” he suggested.

As always, his Aunts were keen to answer and so teach Fionn, and, while his Aunts never quite disagreed in their advice, each of them always had words of wisdom of their own to impart. Usually Bovmall was the first to speak.

“Well, just because you are able to do something in life, doesn’t always mean it is the right thing to do. Every choice you make in life has an effect, not just for you, but also in the world around you. You could choose to eat meat here and that choice would have an effect on another person somewhere on the other side of the world.”

“I cannot understand that,” replied Fionn.

“Well,” said Lia Luachra, “The earth is a small world and there are very many people trying to live off the resources of the world. Throughout the world there are people starving, children going hungry, dying even, because of choices made in other parts of the world. Even though the world is small, it is big enough to grow enough vegetables and cereal crops, rice and maize, to feed every living person. But the world is not big enough to produce enough meat to allow all people to eat it. Choosing to eat meat in one part of the world means other people will go hungry.”

Bovmall could still see the quizzical look on Fionn’s face, “In some ways it is very simple Fionn. Everyone and everything in this world is connected, even though we cannot always see the connections with our eyes. But we can always feel the connections with our heart. If we eat the rabbits in the forest, the fox cubs will go hungry and die. If there are not enough foxes in the forest, then there will be too many rabbits and rats the next year, and they will eat all the grain and wheat, and then we will not be able to make flour and bread. So you see, we are all connected and living in a hidden type of balance, the insects, the flowers, the birds, the animals, the fish and people too. We all depend on each other to help make the world go round.”

Fionn began to make some sense of what they were saying, “So the decisions I make in life are important to the world as well as to my own life?” His Aunts became excited with the conversation. Lia Luachra smiled and spoke: “You cannot live your life outside of the world but always connected with each other. It is the same kind of thing with our decisions about how we share the energy resources of the world, how we share healing herbs and medicine, love and respect with all of the people of the world.”

Then Bovmall warned: “You must be very careful with the choices you make in life, Fionn. You cannot live life without facing decisions – to live means making choices and each choice brings you to a different place. Choices are very special things – they have the power to do good or evil.”

“I do not understand” said Fionn.

“Well,” said Bovmall warmly, “you will be faced with a certain number of choices everyday. The choices you face today are based on the decisions you made yesterday. If you had made different decisions yesterday, you would face different choices today. The

choices you make today will influence the decisions you will have to face tomorrow.”

“Your life depends on having the courage to make choices” replied Lia Luachra.

The messages that his Aunts were passing on to Fionn seemed to be very important to him and he thought quietly to himself for a moment, “How can I be sure of always making the right choices in life?”

His Aunts seemed to even hear his thoughts. “You cannot always be sure. All you can do is try and live your life doing the best that you can, even when this means making difficult decisions.”

“An Emotional Warrior always accepts the challenge of making a decision.” “Yes, but how will I know?” asked Fionn. His Aunts smiled and then spoke softly, “There are two guiding principles in life that can help you. Do unto others, as you would have them do unto you.”

“And, always believe in yourself.”