‘Beyond Self’ A January 2022 Blog by Giselle Marrinan 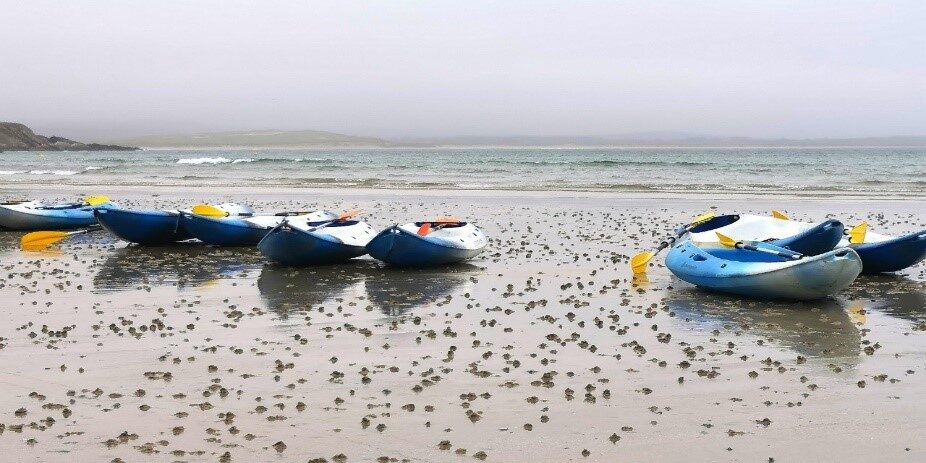 “There are two ways of spreading light:

To be the candle or the mirror that reflects it.”

Did you ever see, read, or hear something that made you sit up and reminded you of your deep- seated values and reawakened your spiritual eyes to remind you of why you are here on this earth?

Over the weekend, Charlie and I tuned into ‘The Hairy Bikers Up North’ series on TV. My interest was captivated as I listened to the inspiring story about a small bakery in Newcastle, England.

It was about a chap called Andy Haddon who, having had high flying jobs in life, chose to give up his career and use his many business skills for the greater good. As part of a social enterprise scheme and with the backing of crowd funding, he opened a bakery in a deprived area of Newcastle to improve the lives of those in the neighbourhood. But this is no ordinary bakery. It has a training hub with a café attached. This was one set up to feed the poor and train the unskilled and overlooked members of the area whilst maintaining their dignity. He has a core team of 8, two of whom are on the autistic spectrum.

In short this is how the model works. Customers pay whatever they can afford for their goods, so no one is turned away. It is called “pay what you feel” and operates on Mondays and Tuesdays. He also runs a training programme for people who face many barriers to employment, to bake thereby giving them a valuable skill and a sense of belonging within the team and indeed within the neighbourhood. His ethos is to make healthy affordable food available to everyone.

When I lived in London, I used to frequent a restaurant in Finchley named ‘Just Around the Corner’. The menu had no prices. It had the most amazing food and wine. When you came to pay, you got a blank bill itemizing your fare and you paid what you thought the food and service was worth. The owner said that he had seldom been short changed and always manged to keep the business afloat. Customers frequently paid more than the requisite 10% service charge. The idea relied heavily on the belief that people are inherently honest, and given the option, would happily pay for value. Those who could well afford to pay covered the losses for those less fortunate.

There must be a deep inner satisfaction to operating business models such as these. A sense of giving others a leg up in life whilst running a successful operation. I am always moved by these examples and it gives me a sense of hope in an age when everything seems to be about self.

I am lucky to have come across such people in my life and their memories have left an indelible mark on my inner psyche. I recall one such case whilst helping to write up accounts for a friend. The small business trader (who incidentally was deaf and dumb) whose accounts I was working on had numerous charities he subscribed to monthly. Not big cash amounts, maybe €1 – €5 each but enough to make a difference. What little he had, he shared.

Sometimes we don’t even know the long- term effect we will have on another’s life. If you are lucky, you will hear about it, but it isn’t necessary. Years ago, on a trip back from London, I was fooling around with a friend trying on hats at the Saturday market. We laughed so much that it took some time to notice a lady standing quietly on the side-lines watching the drama unfold. In the spirit of the moment, I was drawn to asking her to try a hat on. To begin with, she was a bit hesitant but seeing how much fun we were having, she joined in. One of the hats looked fabulous on her and we told her so. She shed a tear and said that this was the first time in her life that anyone said she looked pretty. She ended up buying the hat and then we all went our separate ways. Months later, when I phoned my friend in Galway from London, she told me that she saw the lady quite often cycling through Galway with that on.

Isn’t it good to hear about these stories in times of darkness and sometimes little hope? There are some good people out there whose real happiness comes from stepping out of the shadow of self. What if we were to start the day with the thought, “Who can I lift up?”

Here are some ideas:

I will finish my blog with one of my favourite stories courtesy of Loren Eisley, which I have quoted time and again. Once you have heard it, you will never forget it. It is the perfect essence and spirit behind my sentiments.

“While wandering a deserted beach at dawn, stagnant in my work, I saw a man in the distance bending and throwing as he walked the endless stretch toward me. As he came near, I could see that he was throwing starfish, abandoned on the sand by the tide, back into the sea. When he was close enough, I asked him why he was working so hard at this strange task. He said that the sun would dry the starfish and they would die. I said to him that I thought he was foolish. There were thousands of starfish on miles and miles of beach. One man alone could never make a difference. He smiled as he picked up the next starfish. Hurling it far into the sea he said, “It makes a difference for this one.” I abandoned my writing and spent the morning throwing starfish.”

Whose life will you make a difference to? Remember it doesn’t have to be a large gesture but even the smallest one, could make a massive difference to the person.