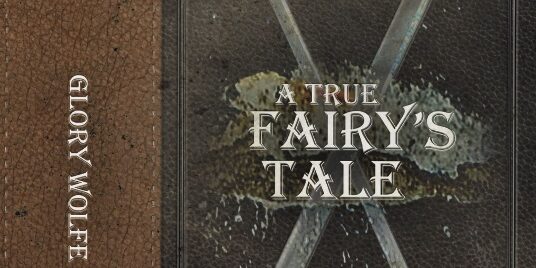 – We still adore this bespoke cover…

The best and most beautiful things in the world cannot be seen or even touched- they must be felt with the heart.Helen KellerFlying through the forest alone, the budding fairy giggled with glee. She loved playing with all the woodland creatures on land and air. The first friendly playmate she came upon was a soft fuzzy rabbit with a wiggly nose. She landed beside him and tried to imitate his happy hop. They played a game of hide and seek until she got curious to find another frolicking creature.Taking to the air, the little one spied an elegant blue butterfly sipping nectar on a lovely flower. She flew to the sweet- smelling flower to greet the winged-one and share the fragrance of the blossom. When the butterfly flew upward, the fairy joined her graceful flight to engage in a round of follow the leader. Other multicolored butterflies joined the merry pair to flutter out of the forest into an open meadow.“Moon Dancing, where are you?” yelled a far-off voice.“Oh, no,” groaned the sensitive fairy. “I have to get back to the Queen.”Making haste to the earthly palace, Moon Dancing did not want to face the ordeal ahead.

She knew the Queen Fairy would be greatly upset with her for going deep into the forest by herself.“Why does the Queen always have to order me around? No matter what I do, I cannot please her. Besides, that female fairy who always calls me ugly will be at the palace. She will be snooping when our monarch has words with me.”When the fairy arrived at the royal grounds, the kindhearted King Fairy was in the garden tending to the remarkable variety of magnificent flowers. He was known as Keeper of the Green and lovingly planted flora all over the kingdom. Seeing her anxiety, he smiled at the little one and told her that everything would be fine. His soft-spoken words always gave her great comfort.Scores of moons passed as the fairy bloomed into a beautiful young female. Constantly partaking in the beauty of Mother Earth and all her creatures, Moon Dancing had no idea of her own loveliness. She just knew that being alone in the forest brought her great joy.Dancing under the moonlight was another one of her most adored activities. She recalled that the fairy folk on Willow Mist Isle had approved of her name Moon Dancing because they watched her dance under the moonbeams as a wee babe. She enjoyed the attention from her kin and kith when they used to clap for her hilarious performances.Crystal Falls was her favorite place to fantasize. It had many levels as it flowed over the large rocks to create musical sounds. The fairy would sit in one of the comfortable coves and dream of her true love to come. She had no doubt that it would be a perfect love. They would laugh and dance together under the light of the moon. By no means would they raise their voices or bicker with each other. He would treat her like a princess.

“It will be a happy everlasting love,” she sighed.Although Moon Dancing had several fairy fellows interested in her, she had fun with them without any attachments. All that changed one fateful night when the soft feminine fairy met a strong masculine fairy at a bonfire celebration. Energetically dancing with everyone, she stepped away to take a breather.Boldly approaching her, the unfamiliar male asked, “Who are you?”Feeling wild and free, she replied, “Who wants to know?” “My name is Caden. Would you like to dance?”Looking into his bright blue eyes, “I would love to dance,” glowed Moon Dancing.After that momentous night, the magnetized couple could not stay away from one another. Their energy connection was so powerful that they often heard each other’s thoughts. They did everything together, filled with happiness and harmony. Moon Dancing did not mind that Caden was a little jealous of the attention she drew from other male fairies.

In fact, it gave her a great sense of security.For many full moons, life was perfect as they shared exciting days and passionate nights together. Dancing was their delight as they swayed harmoniously together under the shimmering stars. They never fought or had harsh words until one dark night descended upon them.While at a rowdy dance festival, a stranger grabbed Moon Dancing’s arm to introduce himself. Always full of life, she chatted and laughed with him unaware that Caden was fuming on the other side of the bonfire. When she rejoined the love of her life, he was enraged. Before she knew it, he slapped her face and yanked her away from the celebrating companions.“You belong to me!” shouted Caden with his eyes radiating red. “Do not ever embarrass me like that again.”

“It was my fault,” she cried out. “I should not have been so friendly with him.”On the way back to their shelter, Moon Dancing was sobbing and could not believe that her true love had smacked her. Thereafter, life took a dramatic turn for the once-perfect pair. They still continued to have some good times together; but deep inside Moon Dancing, the seed of fear was growing. In order to keep peace in the relationship, she stuffed her thoughts and feelings and pretended that everything was wonderful. She avoided confrontations with Caden, who could get rather ugly and demanding when he was upset.“

The King and Queen Fairy had told me long ago that when I make my bed in a garden of roses, there would be some thorns. Caden can be sweet most of the time, but he makes me shiver inside when he is in a rage. If I continue to be loving and tenderhearted, maybe he will change.”Time marched on and Moon Dancing felt a deep restlessness that she did not comprehend. Her dreams of true love had been shattered with Caden’s choices. Their fire of physical passion began to burn out. Due to her discontentment, the fairy started to seek other ways to light up her life.“I have done nothing wrong”, she falsely reasoned, “but this partnership with Caden is burdensome. There has to be something more beautiful out there. I need to find out who I truly am to fulfill this longing inside of my heart. I wonder who will be able at all to help me.