‘From Stormy Seas To Calmer Waters’ by Áine Crosse 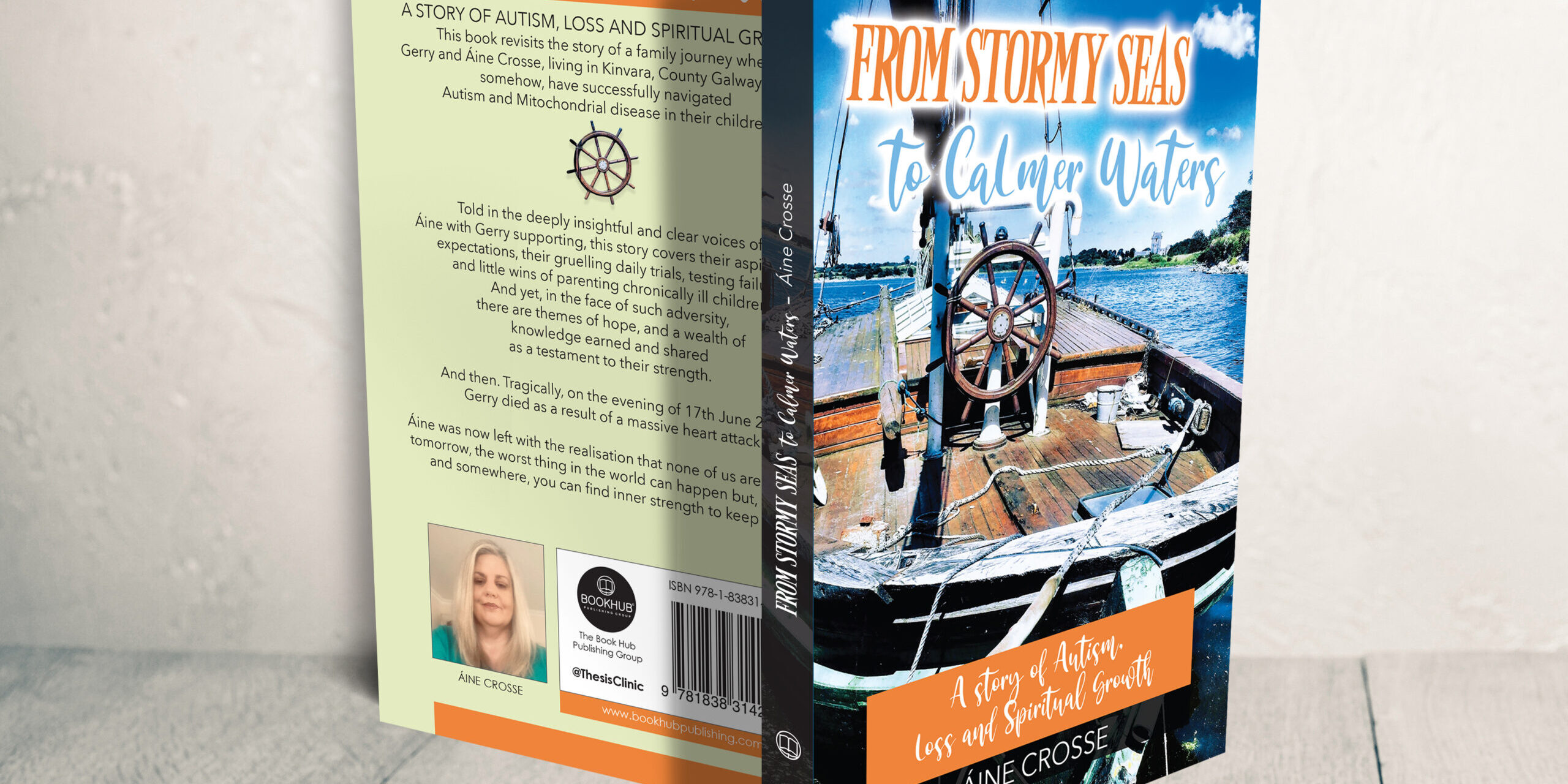 CHAPTER ONE
INTO THE UNKNOWN

They say that the biggest sacrifice that a person can give is to lay down their life for someone they love. And in that, we talk about sacrifice in terms of death; an end. What very few people tell you is that a life can be laid down without ever dying at all. This becomes a living state not like what any of us ever imagine. In our own future, all our great sacrifices are made with time – great big chunks of it offered up for the sake of progress. And in this dream of the future, you see the best version of you – happy, alive, and full of ambition. There is a blueprint carved out by your hand. And what follows in the end is the lesson that these great plans of ours are made and broken on the rock, and the only true constant is how hard we fight against all the things that life throws in our path.

In my own future, I imagined versions of myself. I was a socialite who dreamed of going to college and studying makeup. I wanted to be a beautician, to go into a world of models and fashion. What I wanted was completely opposite to being a parent. I liked the glamorous side of life, and I liked the idea of living it without limitations. I didn’t want kids. These were my plans. I recognize that most people find contentedness around the 9 – 5, the basic blueprint; you’re born, you go to school, you get a job, you get married, you have children, you work for forty years until you retire and at the end of it all, you enjoy your twilight years in peace as you watch your grandchildren grow and flourish. I’d always admired that great sacrifice – laying down your life for someone you love – the great act of childbirth.

Imagine, then, waking up one morning, and despite having done everything right, despite having taken all the steps specified in your blueprint to stay on that track to find that beautiful thing you imagined gone from you and the shape of it now barely visible on the horizon. This was how I found out, at the age of 20, that I was becoming a mother.

Dean was born on December 6th,1992 and all of it was strange and surreal. What was I to do with this little person? I loved children from a distance, the children of other mothers and their laughter and their quirks -but here now was my own and I had no idea how I could even begin to accept this great ripple in the middle of my grand design. Truth be known, I didn’t even know how I’d come to be pregnant with Dean. I was naive when it came to many things. I was just a child having a child. And yet, though no one advised me, I fell into the role as if it was always meant to be.

He was a bundle of kindness who grew up with a somewhat reserved personality, and a whole wheelbarrow of warmth and intelligence. He became such a source of unexpected wisdom and advice as he grew older, when it became more important than ever. By now, with Ryan’s birth, motherhood was an unavoidable fact peppered with the occasional moment of disbelief as I stood there in the kitchen cutting crusts from sandwiches and packing lunches I had never signed up to pack. You’re sitting there watching all your friends doing their thing and you can’t live the life you want because suddenly you’re expecting a new baby. In the end, I never even finished school. Nonetheless, the pattern continued and I was beside myself and besotted with the birth of Amy two years later. More and more, I was beginning to think that blueprints and grand plans were a plaything of the universe and I was just a vehicle to carry out this new storyline. Still, in spite of that version of myself from six years ago, here was the girl that I had hoped for after six years of boys and men. She was everything I could ever want- and certainly I hoped in spite of what everyone thinks. I wanted to braid her hair and surround her with dolls and lose myself in this new experience of having a girl, at last.

I had three wonderful children, and I loved them. Each one of them. And all of a sudden, my first marriage came to an abrupt and irreversible end. Left with three children and a broken marriage, the world becomes a different place – it was just early nights, and even earlier mornings; it was at odds with everything that I was at 20. That version of me now lay somewhere far, far from here and now. When I left my previous husband and I was on my own, alone in the house; I lost a part of myself. There had been someone there that was a part of everything-and suddenly there wasn’t; I used to sit at night looking out the window, never sleeping and living out of fear. And somewhere along the way, in the middle of all that loneliness-I found Gerry.

Without ever believing it possible, Gerry became my knight in shining armour, taking us all on and allowing something new that made our family feel whole again. A fresh start. And like anyone, we came to imagine our happy ever after as one filled with children of our own alongside my wonderful boys and my wonderful Amy. I believed then that l would come to have the family l now wanted more than my long-gone self could ever have imagined, and with a man l felt as though l knew all my life, even though l just met him. But that was not how it was to be.

In the year of ‘02, I gave birth to Adam. Adam was my first born child with Gerry, and four years later we were pregnant with Darragh. The house we lived in became too small for our growing family and we decided that it was time to put ourselves into a bigger house. We started looking for a new home, one that we could actually buy and call our own. Life had taken on a new shape – one that felt natural; one that felt right and hopeful; one that promised good things, and things were at last changing for the better and we were, with neither doubt nor fear, feeling excited for our new future with our children.

As a child, Adam appeared to develop as any child would – with the exception of needing assistance with his speech and language. At that time, we weren’t overly worried to discover this as Dean, our eldest, also needed assistance in his earlier years. He gurgled and laughed at all the things that children do, and along with Darragh who came later, they carved up the floors chasing one another, eating like there was no tomorrow. We had the same worries that every other parent had; and the same joys; and the same boring routines; and the same dreams for our children that you might expect.

This is what being a parent is supposed to look like, the kind of parenting that you see in media and television, the sort of thing that everyone normally expects when they’re thrown into the whole affair, and the sort of thing that every non-parent imagines when they put together their own version of it in their heads. And if there was any indication of the difficulties that were about to unfold about us, or how often we would begin to wake up not knowing how to cope, or how every single thing was about to become frightening and hopeless and impossible, then we saw none of it. We were about to step into a world of medical terms and complete unknowns; we needed a lot of courage, a determination and an unwavering faith in ourselves and in the medical world which we were about to become well acquainted with. I never saw it then as the biggest sacrifice I would eventually have to make. I didn’t know. The way I see it is that kids grow up and do their thing; I never envisaged a future of having kids that would never leave me – or two of them at least. Parenthood, as we knew it, was about to be changed forever and completely.

And that story begins with Darragh.

*Excerpt from the book, ‘From Stormy Seas To Calmer Waters’ by Áine Crosse. Published by Book Hub Publishing. (2020).

Finding Balance To Enhance Your Wellbeing by Jocelyn Cunningham
November 26, 2019