“The Butterfly Effect” by Alan Creedon 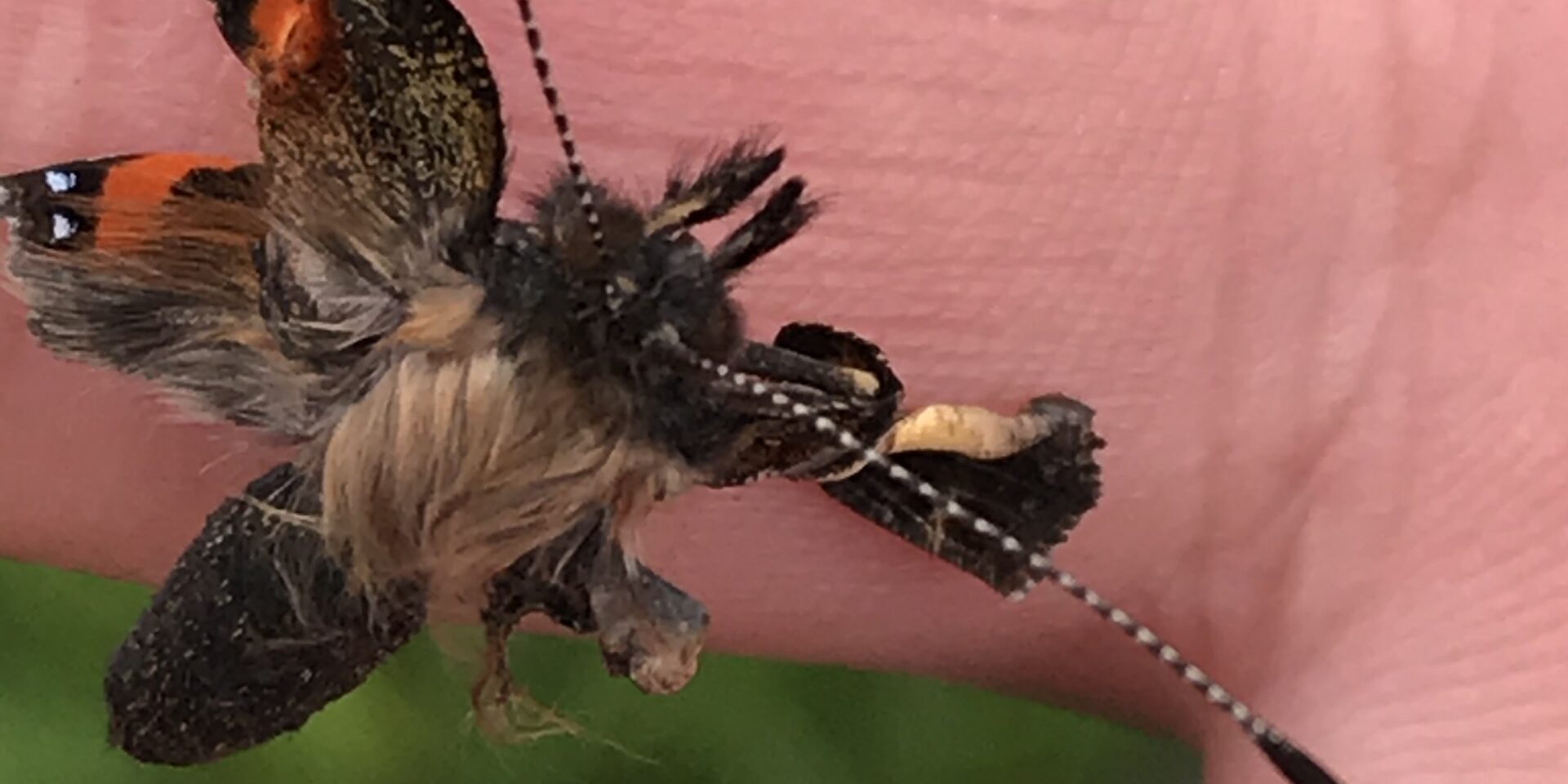 “My daughter spotted it yesterday while we walked the dog in the hills.

‘Can we take it home and look after it?’, she begged, and a conversation began. I suggested that in the wild this ‘deformed’ creature would not survive, that we shouldn’t take it home but leave it to its fate, in nature. It wasn’t our responsibility. I reasoned that this creature would never fly, never be able to feed itself properly or reproduce, so what was the point in our keeping it alive?

But we couldn’t unsee it and as reason gave way to heartfelt empathy, together we decided that we’d take it home. I thought of Aoife, of course. I was thinking about her the whole time, at some level. Aoife who was born with cerebral palsy, who never walked or spoke a word – she didn’t live as nature intended.

This is why any argument I could think of for leaving the little butterfly fell to the ground. The first thing that struck me was the callousness of my reaction. I was ready to step on that insect and get on with my day, saving me hassle of bringing it home and putting it in a box (so the cat wouldn’t eat it) with a tiny lego plate of maple syrup. What could I do to help that poor butterfly? Not much.

So, pondering my sister’s life in care due to her condition, I wondered what would happen with this butterfly, with its stunted wings, weirdly protruding almost burnt looking abdomen and missing legs. I noticed the language I was using and the thoughts I was bringing to the situation. How the creature was freakish, beyond hope, ugly, stunted, without purpose – a lost cause. How was I being so heartless?

I wondered what I was avoiding as I pondered my reaction – likely a very ‘human’ reaction – to this situation, yet all the same I was a bit taken aback by my own willingness to write off this weirdly-winged beast. I began to realize that this creature wasn’t as wacky as my attitude towards it.

It sat in the box; old, holey tea towel draped on top. It clung upside down to the tea towel, apparently resting. We dripped some more syrup on top to soak through. Maybe it would eat that way. It seemed fine and healthy although I was still worried about what I’d taken on.

Next day we’re in the kitchen and I decided to leave it free to see what happened, so I turned the tea towel around and let it sit there, but on top this time. A few minutes later my daughter spotted a butterfly at the window, a white on this time it’s inside! she called out, inquiring how did you get in here? and proceeded to climb up on the counter to catch it using the ‘cup and paper’ method – cup over the creature, against the window then slide the paper over cup top without releasing the captive insect.

That done, she let it out the door and peace reigned once more. Then my attention went back to our captive, who apparently had gone! I looked around for it on the counter top, in the box, around the box and then spotted it, stood by the door, waiting to get out. I was kind of blown away. We decided that its friend had come in to rescue it and that we should release it. The white butterfly came to show us that the other one didn’t need our help and distracted us while the ‘broken’ one made its way to the back door. My daughter put it outside in the little lush patch near the back door and we both felt satisfied that it didn’t need our help.

But it was fine, we gave it a go and some interesting things happened, which otherwise may not have. I got a chance to reassess the concept of imperfection and we had an interesting nature connection experience as well. In those moments I feel like a better listener, like I’m tuning in, not dismissing things but exploring them instead.

A moment with a perfect butterfly.

In these times I feel it’s more important than ever to listen – to ourselves and the people around us and to nature. We all have different needs right now and it’s a great time to practice compassion and acceptance. Everything is as nature intended – we are nature and everything we do is nature in action. The simplicity of being in nature can help connect us to our more natural state of openness and acceptance and help bring that to the forefront of our experience. I resist it a lot but when I open and trust it, I always learn a lot.”