From ‘Hugh and the Manatee’ by Dr. Mary Helen Hensley

You are here:
Featured AuthorsUncategorized 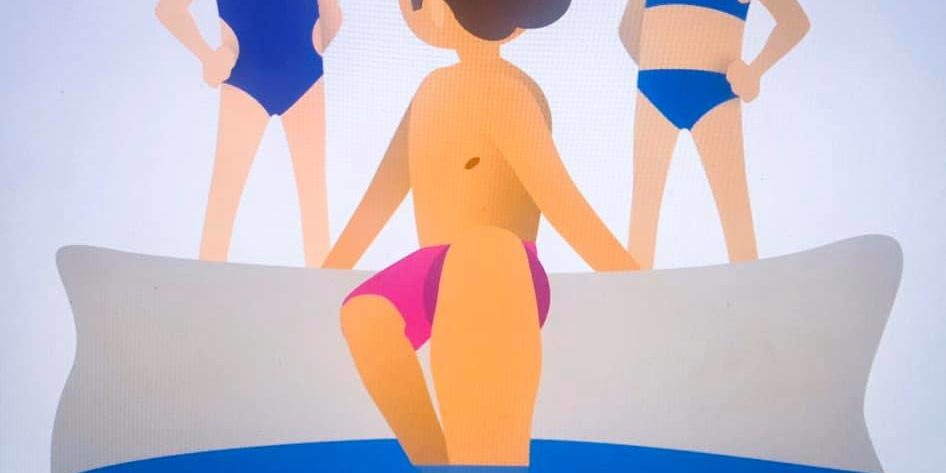 From the Children’s Book, ‘Hugh and the Manatee’ by Dr. Mary Helen Hensley

“The early morning rays of a late summer sun peeked through the curtains of Hugh Hanson’s corner bedroom at No. 2 Violet Hill Road. Hugh blinked at the light, rubbed his bleary eyes and squeaked out a loud yawn, just before his mother called his name in a sing-song tone that was far too cheery for that hour of the day. He didn’t mind, however, because she was announcing that his breakfast was ready.

It was Sunday morning. That meant a big fat stack of pancakes slathered in whipped cream, topped with a smiley face made of the bluest blueberries, would be waiting for Hugh at the kitchen table. This was the last day of summer holidays before he would officially be in his final year at Druid Hills Primary School. Hugh’s mum had promised to take him swimming one last time at his favourite place in the whole wide world; Ballooga Springs National Park.

As always, Hugh made a grand entrance. He joined in as his mother sang their favourite “Good Morning” tune, before wrapping his arms around her waist, as he took her for a spin across the kitchen tiles. The well-worn black and white checkerboard pattern had doubled as a magnificent ballroom dance floor for as long as he could remember. He had just turned eleven in June and because Hugh and his mum lived on their own, his aunties and uncles liked to refer to him as ‘the man of the house’. Hugh didn’t really care for the title or the responsibility it suggested and he would giggle nervously or find an excuse to leave the room whenever his relatives mentioned it.

After landing with a great big ‘ker-plop’ in his chair at the head of the table, following an award-winning double twirl, Hugh plucked a ripe, juicy, strawberry from a bowl of fruit on the table. He gently removed its green stem and leaves before carefully cutting it in half. Hugh then gave the blueberry smiley face a pair of ruby red lips before placing the leaves in the fluff of whipped cream that looked like a bushy hair-do. The fruit-face atop his pancakes was now smiling back at him, as if she was incredibly proud of the new green bow in her hair.

When Hugh had mopped up the last drop of syrup with his final bite of pancake, he savoured the strawberry lips, which he had saved for last, as a special treat. Hugh’s mother had changed out of her night-gown and was now wearing a colourful, paisley patterned sarong. She ruffled his hair, kissed his cheek, and then wiped a spot of whipped cream from the tip of his nose. She told him to hurry and put on his swimsuit before the perfectly pleasant morning turned into a mid-day scorcher.

He didn’t have to be told twice, because he loved going to the enchanted swimming hole at the national park. Since he had been a tiny tot of two or three, Hugh’s mum had told him the most wonderful stories of the mystical creatures living just below the water’s surface at Ballooga. She had convinced him that there were mermaids in that water and although he was now a very wise young man of eleven, he still got goose bumps when his mother spoke of the magic in these very special springs.

Hugh pulled out his favourite swimming togs from the bottom dresser drawer; the ones with a lime green pinstripe, covered in pink flamingos. He chose the t-shirt his mother had recently given him for his birthday. Hugh had stared longingly at the pink sequined unicorn, hand-stitched on a bright lemon tee-shirt. It was matched with a pair of denim shorts on the mannequin with the pig tails and big smile in the shopping centre window. Even at the tender age of eleven, Hugh loved his style and the brighter the colours, the better.

He looked around his room, adoring the way that his very favourite colour had found its way into the check pattern in the curtains, the wispy clouds in the sunset printed on his duvet cover and even a huge portion of the very stylish clothes in his wardrobe. It didn’t matter if it was electric pink, blush, fuchsia or coral… the pinker the better, as far as he was concerned. Hugh admired his outfit in the full-length mirror at the top of the stairs then slipped on his Converse with the neon pink laces and headed out the door.”

*We all need cheering up so here’s the introduction to ‘Hugh and the Manatee’ written by our very own bestselling author, Dr. Mary Helen Hensley, scheduled for publication with us at Book Hub Publishing later this summer. It’s an illustrated children’s book (and part of a series featuring Hugh and his adventures), with a really affirming and uplifting central message. Enjoy.