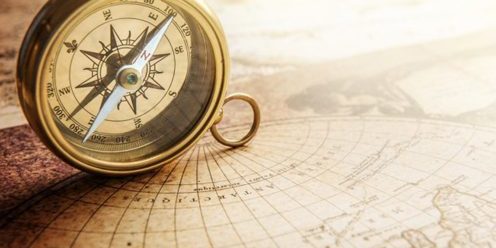 Hi, I’m Renée Sigel and I’m editor and publisher of the arts journal Literati Magazine. Niall very kindly invited me to contribute to your learning guides on poetry and I’d like to chat to you about ways in which you can use the various poetic techniques to help you write a critical assessment from your own perspectives.

You’ll all have been given a breakdown and examples of the basic aspects of analysis; the question is, how to use these tools effectively in writing about any poem, or piece of fiction you study. Showing that you have a basic understanding of poetic language, structure and techniques is not enough; putting them to use is key to a good personalized critical essay.

So, let’s look at SPORT by Paul Durcan. We meet a very young man ostracized by his family and likely ignored by his university community. Invited to play in a soccer match, on, most significantly, his 21st birthday, he also invites us to this match; why? What does he want us to know, or think about?
   
Let’s start with the choice of vocabulary; the idea of game, play, team … all these, while descriptive of actual things, are also figurative, as they describe the opposite of the writer’s reality. He is a patient in a mental hospital, a fact repeated, and we all know patients are hospitalised as individuals and are rarely part of a team. One of the subtlest of poetic techniques is Assonance; these are repetitive vowel sound patterns of these words; take, for example his use of the long ‘a’ in “game” / “away” / and “play”/ which you find in lines five and seven. Durcan also uses the long ‘e’ in lines fourteen and sixteen; in the words “me” and “team”. The tone of these open vowel sounds creates a welcoming sense and the reader feels invited to join in; the feeling evoked here is intentionally one of inclusiveness and invitation.

Once we’re emotionally into the scenario and the game, we become aware that these sounds are juxtaposed against the darker reality of the poem’s backstory, which is far from welcoming.

So, it is fair to assume that Durcan’s intention in using Assonance is also to highlight a darker, more ironic layering within the poem and the story that he set out to tell us.
This is one example of how a combination of figurative language and repetitive assonance establish mood. It illustrates a technique which defines the tone or tonal layers of a piece of writing, all of which are aimed at evoking an emotional response in readers. This illustrates too how you and I, as readers, get to play detective.

Like any mystery, to determine the meaning of the poem, you have to look at and try and understand its context. The given context, or the first clue is the narrator’s relationship with his father. We know it is described as ‘difficult’ and ‘complex’. What does that imply ? Does it just mean they do not get along, or that there is a clash of personalities, or could it mean something far more sinister?

Listen to your own instincts when reading this, or any poem; what might ‘difficult’ and ‘complex’ mean in your own lives, when referring to familial relationships? Don’t be afraid to follow your instincts through to the darker sides of its implications: Could these be euphemisms? Could a hidden, more violent dynamic be playing itself out underneath the surface and how would this be reflected in the poem ?

Paul Valery, the French poet wrote that poetry is the ‘intersection of language and state of mind’. While there are numerous ways this statement can be interpreted, it is useful to apply it to SPORT in direct way to examine how Durcan uses language to express various layers of meaning and how it reflects the state of mind of the individuals presented in the poem.

To illustrate how this can be the basis for analysis and a critical appraisal, I’ll use my own approach to reading SPORT as an example. Please though, do not take this as a definitive or ‘the correct reading’ of the poem. None of my talk or notes here is about any given ‘reading’ or interpretation being ‘right’ – it is all about offering you some guidance in how you can explore your own analytical thinking and the conclusions of your own, you might draw. All the clues are in the poem. It’s up to us as readers to identify them, spot the links and follow up on the leads we find.

Firstly, I took time to read and think about the poem – and I know this is different for reading and writing an analysis for ‘unseen poems’; the principles of interpretation remain the same. I then read up further on the poet and did research to understand more about the life he might have had at the time of the poem’s setting. I asked mental questions and went in search of answers, some of which shed light on the poem beyond formal notes and study guides. Much like a detective, I came to my own theory about the piece.

My first impressions of the poem came from the fact that Durcan speaks directly to his father and we are party to this intimate conversation, albeit one-sided and clearly defined by the absence of involvement by his father, whose presence and actions are described in reported speech only. This sets up an emotional barrier from the start and we as readers, might begin to wonder at the true nature of their relationship right from the beginning of the poem.

We are made aware there is nothing fair in this father-son game: In spending some time with the poem and listening to how Durcan’s use of language presented this ‘game’ on the page, I began to feel that the thematic focus of the soccer match could well be alienation and isolation.

The very first indication of this is its title: SPORT – and feel free to write down the associations that come to you while you think about that word. Sport by definition and its nature is communal; stadiums, crowds, fans, a shared experience, yet, in this game there are no recognizable team members, no names, no faces, and there seems to be no audience, not a commentator, just an estranged parent ‘observing’ from the sidelines; there are no fans, no packed stands.

This is indicative of the poem’s broader and deeper context. My first association then, is the obvious notion of sport being a game. That hunting game is regarded as a sport, was the next association that came to mind: The scope of the story of the match, written and presented as a candid narrative describes a deeply dysfunctional relationship; a son who feels hunted by his father, who feels he is fair game for his father’s incessant critiques.

This sense of relational dislocation is heightened by how Durcan introduces the idea of field in the poem and well suggestive of more ambiguity: A field rather than landscape, a playing field which is far from fair or even. Furthermore, fields are demarcations, bordered, fenced in rather than fenced out, and overseen by caretakers of one kind or another. And clearly field had its own serious implications regarding austere parental expectations and how deeply Durcan felt he could only fail them, and himself.

I started looking into the deeper sentiment in the imagery, and its emotional fragmentation. I re-read the description of the game and it evolved into a descriptive metaphor for a son ‘tackling’ his own father’s prejudice. The description of the ‘three’ opposing players and the poet’s intuitive fictions of who they were, by their almost comical physical features and back stories, each coming together in the apparent antithesis of everything his own father sought to embody, yet the player who castrates his best friend in a misunderstanding is a solicitor… this fact offers the benchmark for mitigating abusive, even criminal behavior; the act of physical emasculation – a comment, to me that was a thinly disguised indictment of his own father’s behavior towards a son who was barely ten, when gratuitous beatings began.

These male characters, to my reading, for example, represent the three facets of archetypal father: The professional Judge and Adjudicator, who could only ever eviscerate his son; the Authoritarian Father- figure who would beat up his son at the slightest hint of failure / the alienated, isolated ‘everyman’ man, who seemed to suffer his own kind of schizophrenia. They also embody the certain kind of male archetype to which his father also aspired – and the kind of men whom Durcan / narrator believed, would always disapprove of him; the all suffering macho man’s man type who had no tolerance for ‘sissies’.

The underlying emotional textures seem to me, are not just a poetic or linguistic device, but a sensitive reflection on human behavior and of what makes it meaningful. The father who has made something of himself in his infallible superiority, as the ‘observer’ and never the emotional participant, is the one who is truly alienated and isolated from life, from himself, as well as in his inability to connect with his son.

The son on the other hand, for all the ways in which the father seeks to deny him, judge him, punish him, is the one who comes into his own; achieves something beyond his father’s reach: a sense of self-worth, even if ‘only’ as a team member of a mental hospital soccer team.

There is an insightful as well as a self-deprecating humorous point of departure; his self- defining arc begins in ideas of place and identity:
I was a patient In B Wing….
implying he couldn’t even make the A grade, in “Crazy . . .
This breakdown of human into creature is reinforced by the father being described as sniffing his approval and the impersonal handshake, but now, it is set against the young man acknowledging his own sportsmanship. It is a metaphor extended further by implications of how this young man defined himself before that point of self -acknowledged achievement.

At a deeper level, Durcan poses these more serious questions: – Until when are his fathers’ eyes his own?
and perhaps also,
– when it is that one become one’s own person?
It is that enigmatic elusive question in growing up, if not growing out of the shadow of a tyrannical paternal figure.

It is an arc which perhaps finds its true voice in that moment of desire, shared by artists and sportsmen to ‘die’, so as to mesmerize…of being memorable and exceptional in all the ways of achievement; physical, mesmeric and anything but mediocre. All these ideas expressed through alliteration and, despite all that motivation, what becomes of “Oneself” in the moment of realization that nothing one does will win ever approval – . . . ?

The emotional severity this realization brings, is overwhelming for any young person; so, use your own personal experiences of familial expectations and your own of yourself when relating, or not, to the themes of the poem.

In reading this poem, keep in mind, this is a young man, just turned 21, who while studying at University was kidnapped by his own family and admitted to an asylum against his will.
I. for one, admire his grace and restraint in the ‘sporting’ way Paul Durcan recounts what might possibly be, the most painful experience of his life. In being faithful to Paul Valery’s idea of poetry being the unique intersection of language and a state of mind, SPORT is remarkable in its depiction of two opposing states of mind, and you may be surprised by your own discoveries there.

Of the game itself, of the young man’s rightful pride in his achievements and in the sober recounting of the shaking of hands, I’ll leave you to the rest of the detective work and wish you each the very best of luck.