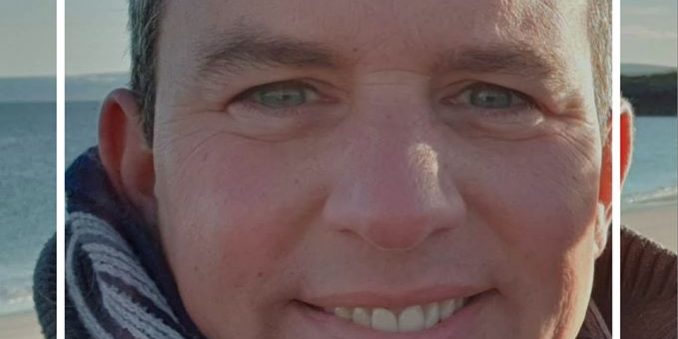 I have spent the last number of weeks wondering where I was going to start and now that I’ve started, I wonder where this blog will end up. Our world has changed beyond recognition over the last number of weeks. My hopes, my dreams and my aspirations have taken a hammering but as I reflect, this makes me appreciate what I have even more and therein lies the starting point. In a nutshell, my diagnosis may take my life but I’ll be damned if I let a virus take my future.

So, what has led me to this point in my life? I could never have described myself as the fittest person in the world, but I was relatively healthy. An annual medical at work made sure of that. Indeed, for all my adult life I’ve had to contend with ensuring I was of sound body and mind. Initially, because I trained to be a pilot and subsequently because I have spent the last 27 years working as an Air Traffic Controller. Life was what you might call good. A fantastic wife, wonderful kids and a stable career, doing a job that I absolutely adored. A job in fact that I still love doing, although because of my recent history, I’m no longer able to put on my headset and sit in front of a radar screen.

That brings me to a day that will be forever etched in our memories, July 25th 2017. On that fateful day, after presenting myself to my GP for what I thought was nerve pain, I found myself in The Galway Clinic talking to an urologist. A what? I’d never heard of the word, yet over the course of the following weeks, this man was to become my new best friend. His name was Syed Jaffry, a man whom I now owe my very life to. It became immediately apparent that I had advanced Prostate Cancer. In fact, it had spread to my lymph nodes. The dreaded secondaries. The next few weeks were spent trying to digest what was happening whilst being poked and prodded from every angle and having things put in places that…well, let’s just leave that to your imagination!

In a nutshell I was terminal. Because I was only 47 years old at that time, my body could withstand quite an amount of treatment so I had, at least, options. Most surgeons in Ireland advised chemotherapy with little else possible apart from actively being monitored and basically trying to manage the spread of the disease. Now, back to my new best friend. He also had a friend who happened to be an eminent Urologist based in University Hospital Leuven, Belgium. Following several successful rounds of chemotherapy, I went to Belgium and had major surgery that, thankfully, was successful beyond our wildest imaginations. Now, things didn’t end there. When I got back home, there was a prolonged course of radiotherapy to endure, which was completed in January 2019.

What followed was somewhat surreal. Treatment was finished and I found it difficult to deal with the aftermath. For the previous 18 months, our lives were filled with appointments, consultations and recuperation and suddenly there was nothing. All the advice in the world couldn’t have prepared me for the void that I now found myself in. When you’re told that you’re terminal, there’s an expectation that there will be a non-stop flow of treatment that will continue until the day you finally succumb. Not for the first time in my life, I was wrong. Very, very wrong. The subsequent days and weeks were long, with far too much time to think of life and the consequences of my diagnosis. My thoughts became engulfed in seeking additional help and at one stage I actually had the audacity to think I knew more than the very people that were prolonging my life.

It’s difficult to pinpoint when I actually came to my senses but I know my family had a vital role in enabling me to do so. What I can pinpoint is my attitudinal change to life itself. The sudden realisation to enjoy the simple things in life and to take each day as it comes, transformed not only my ability to deal with all this, but also my outlook on life itself. There’s one phrase that will be forever etched in my memory and that is ‘Carpe Diem’. I’ve never actually looked up what it actually means, but rightly or wrongly, to me it means seize the moment, seize the day. That is the mantra by which I live my life and, being honest, the one which allows me to enjoy and appreciate life and, in my case, most especially the people in it.

Some find it difficult to understand how my family and I deal with my prognosis. This prompted me when asked to start explaining exactly how I came to that point of acceptance. I found that others gained some solace if by me explaining how I got to this point in my life and if this helps others, and then all this will not have been in vain. In fact, I find it extraordinarily therapeutic to talk to and with others. Some find it difficult to believe, but there was a point in my life when I was petrified of any kind of public speaking. As I write this, I am reminded of those days. No self-belief with little or no confidence in myself and always worrying what others were thinking? Isn’t it amazing what it sometimes takes to see what right in front of our faces but sometimes are too blinkered to even see.

Over the last couple of years, I have put my voice to what I hope is good use by creating awareness about Prostate Cancer and dispelling the myth that it’s an old man’s disease along with engaging with our political system in an to attempt to improve how it treats those of us living with a terminal diagnosis.

That is however another story for another day and one that I’ll gladly share with you in blog number 2!

*John Wall is a health campaigner with a particular interest in prostate cancer and mens health. He has been invited to write a series of blogs for The Book Hub Publishing Group.