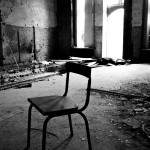 I’ve just completed co-editing a book on the theme of autism and how one family, Áine and Gerry Crosse, in the west of Ireland, are navigating their way in life with not one, but three of their children who have been diagnosed on the autism spectrum. To say their daily life is challenging is a massive understatement and yet they face into each and every morning with positivity and love. It is a privilege working with them. Their book titled ‘All The We Never See: Our Journey With Autism’ is scheduled to be launched in November, 2019.

An American psychologist, Leo Kanner, first described ASD in 1943, identifying the disorder in a sub-group of children who had initially been diagnosed with other mental disorders that did not quite fit what was being observed in the group[1] and the disorder was often subsequently referred to as ‘Kanner’s ASD’ or ‘Kanner’s Disease’.[2]

Statistics from the CDC indicate that Autism affects about 1 in 88 people in the United States, where there are approximately 1.5 million people with the disorder, with total numbers affected increasing by 10-17% each year. One person is now diagnosed every 20 minutes, so it is accepted to be a significant medical and, indeed, social issue.[4]

Autism affects at least 1 per cent of the Irish population, similar to rates in the UK and the US and in Special Schools in Ireland the prevalence of Autism was recently recorded as over 50%. Figures from a recent study carried out by the Cambridge University Autism Research Centre report that as high a figure as 1 in 58 children will have ‘some form’ of Autism Spectrum Disorder.[6] Of course, the devil is in the detail and the phrase ‘some form’ has created a very significant amount of controversy.

ASD is a developmental disorder that is defined by its neurological component, which looks at impairments in the brain or in the central nervous system. Many commentators believe that the brains of children with ASD grow at abnormal rates and autopsies of those people with ASD often reveal abnormalities in four areas; amygdala, cerebellum, brain stems or temporal lobes.[7] Currently, there is no known specific cause of ASD as a substantial argument about the exact cause of ASD remains amongst doctors. We do know that it has been defined as a neurological disorder and is defined now by the term ‘spectrum.’

Although its precise origins are not quite identified, there is a suggestion that genetic factors are involved. There are quite a few terms being used now in both the literature and in day to day medical and social care practise so, for example, it may often be termed Autistic Spectrum Disorder (ASD) or Autistic Spectrum Condition (ASC).[8] It’s also interesting to look at how it affects males and females with the ratio of males to females being 4:1 although it can develop more severely in females than in males.[9]

Similarly, ASD can range from mild to severe with some people with ASD living independent lives whilst others may require highly specialist support throughout their lifetimes. The Psychological Society of Ireland state:

“The diagnosis of an autistic spectrum disorder for a child presents unique challenges to the psychologist and the multidisciplinary team. Addressing issues during the different stages of assessment, leading families towards an accurate description of the child’s needs, and initiating services are complex issues.” [10

In 2013, the American Psychiatric Association published the 5th edition of the Diagnostic and Statistical Manual of Mental Disorders (DSM-V) and one of the most significant changes to this manual was the reorganisation of the diagnostic criteria for ASD. According to the earlier DSM­IV, individuals could be diagnosed as having one of five different disorders: these include ASD, Asperger’s Syndrome, Pervasive Developmental Disorder ­Not Otherwise Specified (PDD­NOS) Rett Syndrome and Childhood Disintegrative Disorder. However, in the DSM­-V, all these disorders fall under the umbrella disorder of ASD Spectrum Disorder which is a very significant change.[11]

In the DSM-IV the criteria for diagnosis were defined by language challenges, social deficits, and stereotyped or repetitive behaviours. By contrast, in DSM-V, ASD is diagnosed based on deficits in two domains: social communication and interaction, and constrained, repetitive patterns of behaviour, interest and activities.[12]

Getting diagnosis correct is absolutely critical. Again, the Psychological Society of Ireland comment on the huge amount of research literature “which contends that performance of children with an autistic spectrum disorder on intelligence tests are just as stable and predictable for children without an autistic spectrum disorder from later preschool years to school age.”[13]

ASD provision, here in Ireland, has been the subject of analysis and public enquiry involving much debate. Factors such as repeated court involvement has resulted in the state acknowledging it has had a requirement to provide resources, in particular, Applied Behavioural Analysis to many people with ASD. This emphasis by the courts has been caused mainly as a result of parental involvement as opposed to the state taking the initiative. We should keep a close watch on this debate.

‘To Be or Not to be’, It’s a Cert for Leaving
November 6, 2020
Search
Currency converter
Shipping