The Importance of Picture Books for Children Dr. Niall MacGiollaBhuí 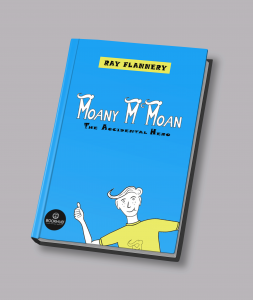 Picture books, although being published less than heretofore by the larger Publishing Houses around the world, remain a key source of learning for children. This is the case for a number of reasons explained later in this brief reflective piece but at the heart of the explanation lies the concept of engagement. This is particularly the case with non-national and/or refugee populations attempting to learn in a second culture and second language.

It’s quite hard to comprehend, but before the Second World War, there were less than 3,000 non-Irish nationals residing in Ireland and in the period 1939 to 1945 only 588 non-Irish nationals were permitted to enter the country, as we (shamefully) refused to formally accept war refugees (ICI, 2003). Indeed, up until the latter part of the 1980’s, we continued to experience mass emigration, with some 40,000 people leaving per year (Barrett & Duffy, 2008).

Intercultural education does not take place in a vacuum or, in this case, the micro society of the classroom (Botelho & Rudman, 2009; Hope, 2008). Ireland has changed very substantially over the past two decades in a way many people never considered possible. Indeed, one might argue we have ‘telescoped’ immigration trends here during the infamous Celtic Tiger period. Ireland joined the European Union (EU) in 1972 and our demographics changed substantially. Citizens were allowed free movement between member states. The EU has expanded consisting now of 28 countries. Crucially, all EU citizens now have full access to the Irish labour market. This has resulted in a more diverse population with so many new cultures and traditions.

We were, for so long, a mono-cultural country but have now changed to a multi-cultural and our immigration policies are similar to our European counterparts. Ireland had the benefit and opportunity to learn from the experiences and policies of other countries. More recently, Ireland has adapted an inter-cultural approach to integration (Mac Éinrí, 2007) and this applies to intercultural education. Unfortunately, not all scholars feel we have appropriately approached our intercultural education with Boucher (2008), for example, arguing that Ireland’s Integration strategy was one of “laissez-faire” being largely fragmented and project based as opposed to more macro and structural.

Emigration has been a dominant feature of Irish society for centuries and we are all made aware early in our primary school education of the Great Famine and the subsequent loss of such a dramatic per centage of our population. In just one decade between 1845 and 1855, 1.5 million men, women and children left these shores forever. The infamous coffin ships became an all too familiar sight off our shores as did the Irish ghettoes of America, Australia, New Zealand and Canada.

We have experienced a transition from a country of net-emigration to one of net-immigration (Share, Corcoran, & Conway, 2012). Prior to 1990, Ireland’s migrant population comprised of foreign wives and husbands of Irish citizens, foreign students, entrepreneurs and migrant labourers, in addition to a limited number of political refugees from around the world. With Ireland becoming a formal signatory to the Geneva Convention 1951 on refugees and asylum seekers, we have undergone a telescoping of diversity in terms of our immigrant population (Quinn, 2009).

The Importance of Picture books to Children

Picture books remain a favourite for children in terms of accessing books. An increasing number of picture books are written at higher reading levels than has been the case in the past and avail of varied and complex vocabularies and multi-ethnic characters and plots (Botelho & Rudman, 2009). Further, if children are experiencing difficulty with word comprehension, illustrations may assist in facilitating children to figure out the meaning of and behind what they are reading in words alone. Illustrations are an established methodology way in terms of helping pupils to comprehend the story in a book. By using picture books, children can effectively practice the sounds of language. Picture books are multi-sensory learning experiences, where children’s developing brain can be stimulated and their imagination stoked in a way that words alone on a page cannot do. Picture books foster an entirely interactive communication between pupil, teacher and peers, which in turn, allow many meandering discussions on culture, ethnicity and society. This can be accomplished in a safe and trusting environment.

In her article, Dolan (2014) explores the potential of teaching refugees through use of children’s picture books. She suggests picture books are particularly useful as a methodology of teaching a range of intercultural issues noting they can be a powerful learning mechanism in classrooms for pupils for the totality of pupils, especially those who have more than one language to contend with. Dolan sees the impact of picture books as being useful when used alongside more traditional forms of literacy, numeracy and writing. By using such picture books, Dolan argues a more macro multicultural analysis can be employed that explores issues of power, control and integration in Irish society. Fundamentally, the interconnectedness of culture, race, socio-economic class and gender can creatively be approached and assessed. Dolan presents a framework for analysing one picture book through a series of activities that help learners and teachers to critically interrogate the topic of refugees with empathy and understanding.

Of all the children’s books published by With global publishing Giant, Simon & Schuster, of the totality of their children’s book, only 20 percent are picture books, which is a fall of some 35 percent than five years ago. This is a worrying trend, particularly when one thinks of intercultural education. At their heart, picture books tug at the heartstrings of children and reach them emotionally because they are more visceral than word only books and are easier to understand for children. These two points should not be lost on educators.

Dolan, A.M. (2014). You, Me and Diversity: the Potential of Picture books for Teaching Development and Intercultural Education. London: IOE Press and Trentham Books.

Mac Éinrí, P. (2007). Ireland: what models for integration? In B. Fanning (ed.), Immigration and Social Change in the Republic of Ireland (pp214-36). Manchester: Manchester University Press.