The Erosion of Trust 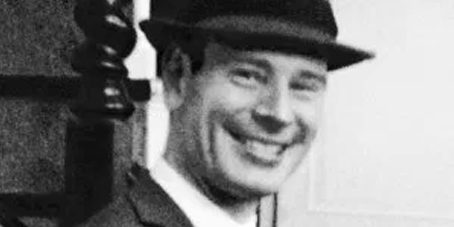 Just 36 per cent of the general population in Ireland trusts the government, the media, business and NGOs, according to the Edelman Trust Barometer 2017. This represents a drop of five points since 2016, and sees Ireland in the bottom four countries (along with Russia, Poland and Japan) when it comes to public levels of trust in these institutions. 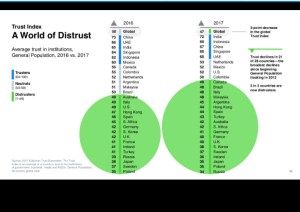 this lack of trust in institutions can also be seen in the high number of Irish people, 59 per cent, who believe that the system is not working.

Recalling Michael Gove’s now infamous remark that we ‘have had enough of experts’, 60 per cent of respondents to the survey said that they are just as likely to find a person like themselves to be as credible as a technical expert or an academic expert.

The survey also finds considerable evidence of an echo chamber at play, with 53 per cent of respondents saying that they do not regularly listen to people or organisations with whom they often disagree. Similarly they report that they are nearly four times more likely to ignore information that supports a position that they do not believe in.