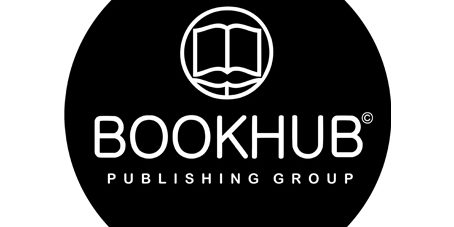 Despite friendship being a wing of wellbeing, the people around us are not always the reasons for our existence. In Netflix Hannah Baker`s suicide proved this just as Jesus’ crucifixion did many years before it.

Hannah was the new girl in town. She tried to be nice and befriend everyone. As an only child she seemed content in her own skin and was loved and respected by her entrepreneurial, yet, hard working drug store owning parents. Like all teens though, she needed friends and a deeper social connection. This was especially so when she began mid way through her High School years in Liberty High. One would have thought that Hannah, a classical beauty with a witty yet affable charm, would have been the ring leader such was her big beautiful face, suitably sarcastic wit and her easy going demeanour. Yet, somehow she cascaded into social oblivion which prompted her self demise towards destruction.

Hannah`s introduction to Liberty High was far from reclusive or even socially awkward. In fact, initially she pleased school support staff by taking their advice and getting to know another new girl in town. Jessica Davis who seemed a suitably attractive side kick was able to understand Hannah`s teenage sarcasm. After school habitual hangouts in the local cafe became their thing and that’s how they bumped into Alex Standall. Alex was the diligent son of a policeman who believed in order and good conduct having been drilled into having similarly high standards. Yet both friends eventually deceived Hannah in the end.

Justin Foley`s kiss to Hannah was bittersweet as he rubbished her as being easy to others yet choose to stay silent when sexual abuse occurred prompting Hannah to mention him twice on her journey to self sabotage. Then came a glimmer of sunshine for Hannah when she ran into Clay Jansen whilst working in the movie theatre. Both earned their keep and built up a working rapport that soon began to vibrate romantically into the halls of Liberty High. Yet, ultimately, he failed her.

Others too harmed Hannah throughout her short time in her new school. Tyler Down the photographer seemed to get too peevishly close to her, Courtney Crimsen who was cowardly in coming out protected herself by using her as a shield to all the rest, and Marcus Cole who though on a student board of moralistic leadership, choose to disbelief Hannah`s good character when she really needed some one to help her.

Zach Dempsey, a prominent athlete, showed his softness to her and then was so atypically overly assertive so Hannah became more introspective. There she encountered student editor Ryan Shaver who manipulated her trust and went behind her back. Jenny Kurtz, who momentarily could have just done the right thing and owned up to their car accident that twisted the stop sign which caused a terrible car accident, did wrong as did Mr. Porter, her school councillor, who specialised in advising those in need of life direction yet, said all the wrong things to her.

Perhaps worst of all in many viewers’ eyes was Bryce Walker who as a serial rapist, robbed her of her innocence and self esteem whilst controlling his peers around him despite masquerading as a role model to the school`s leaders.

Like Hannah when she arrived, Jesus visited and tried to be nice and friendly to all. Yet both were traumatised and lived a short life having been severely pressurised by their peers. Both had twelve people around them and each and every one of these people could have saved them. Even Hannah`s friend Justin betrayed her more than once, just as Jesus` follower Peter did.

As humans our history is our own and for those who witness it too. We have choices to help or to hinder people yet essentially the buck stops with us. In times of complete and utter desperation such as the moments that Hannah Baker felt in the weeks, days and even moments prior to her eventual bath tub obliteration she could have found one reason why not.

For not everyone believes in the church, religion or even their soul or spirit. Even young people must realise that the people around them are not always the reasons for our existence. Yet to have meaning in our life by believing in one thing that is bigger than us can save us in the midst of momentary mental mayhem and carry us through to a bright new dawn of life.